About the Bedford Men's Warming Shelter

Our Mission:
The Men’s Warming Shelter offers our homeless neighbors a safe, welcoming and warm place to sleep so that no man freezes to death on the streets and roads of Lawrence County.

Our Vision:
The ultimate goal of the Men’s Warming Shelter is to connect homeless men with services and resources that will help them to lead full, active and responsible lives. 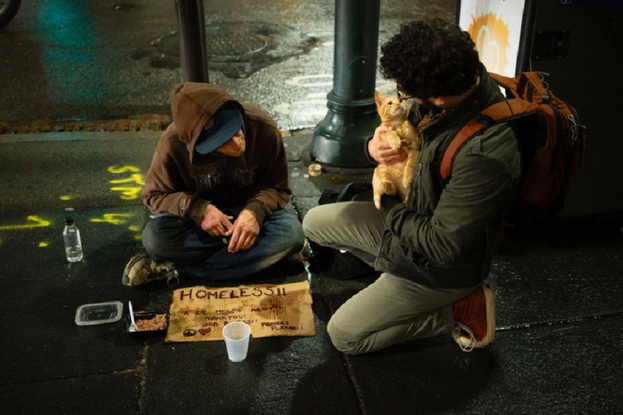 History:
​In 2013, a homeless man died from cold exposure on a street in Bedford and others were sleeping outside near the downtown area. Following this tragedy, Fr. Rick Eldred, then Pastor of St. Vincent de Paul Catholic Church, worked closely with a coalition of other Lawrence County churches and city and county governmental officials to establish a low barrier shelter for homeless men during the harsh winter months. The Men’s Warming Shelter opened on January 2, 2014 and has operated each year since then. The Shelter was originally coordinated by and housed in the Salvation Army Building at 1629 K Street in Bedford. After the Salvation Army relocated in 2016, the City of Bedford eventually purchased the building and generously allowed the Men’s Warming Shelter to once again operate from that facility. Unfortunately, the lease with the City terminated on April 30, 2021 and could not be extended.  However, we are happy to announce that we have purchased a building at 1414 H Street in Bedford which will be the new home of the Men’s Warming Shelter.  The one-level building is ideally located and is spacious, but will require extensive and very costly renovations.  We will need and hope for the community’s full support as we move forward.

Another significant change is that the Shelter incorporated as Stone City Alliance for Recovery and Hope, Inc. (SARAH) on October 23, 2019. On March 5, 2021, the Internal Revenue Service approved SARAH as a 501(c)(3) nonprofit, charitable organization allowing donors to make tax deductible donations to the organization.
​
Staff:
Board of Directors:
Valued Supporters: